America is a special place. We come here to be citizens of the world, and we end up in a small community, attached to a church, school, local community, or something we want to be a small part of. We people are strange.

For the past few weeks we have been hanging out and eating with all sorts of people. Armenians, Indians, and our, Chicago Croats. I couldn’t have made so odd combination of nations if I only wanted to. These peoples’ story, my story, proves one – deep inside, we are all very  similar – a Croat, Armenian, Indian. American, Chinese, Mexican. And French, Uruguay, Australian. And I could go on like this, but you got my point. All of these people, all of us, are excited about parties, are happy about holidays, music and dance, having drinks with friends and enjoying nice meal. Weather it is a skewer, shawurma, or dahl.

Our first gathering was celebration of the Assumption of Mary with Croatians and Italians in Bridgeport. The Mass was served at 11, so we hoped to grab some good homemade food afterwards, around 12-12.30. However, we had no idea that everyone from the neighbourhood and other parts of Chicago would come in early and take best of the food. 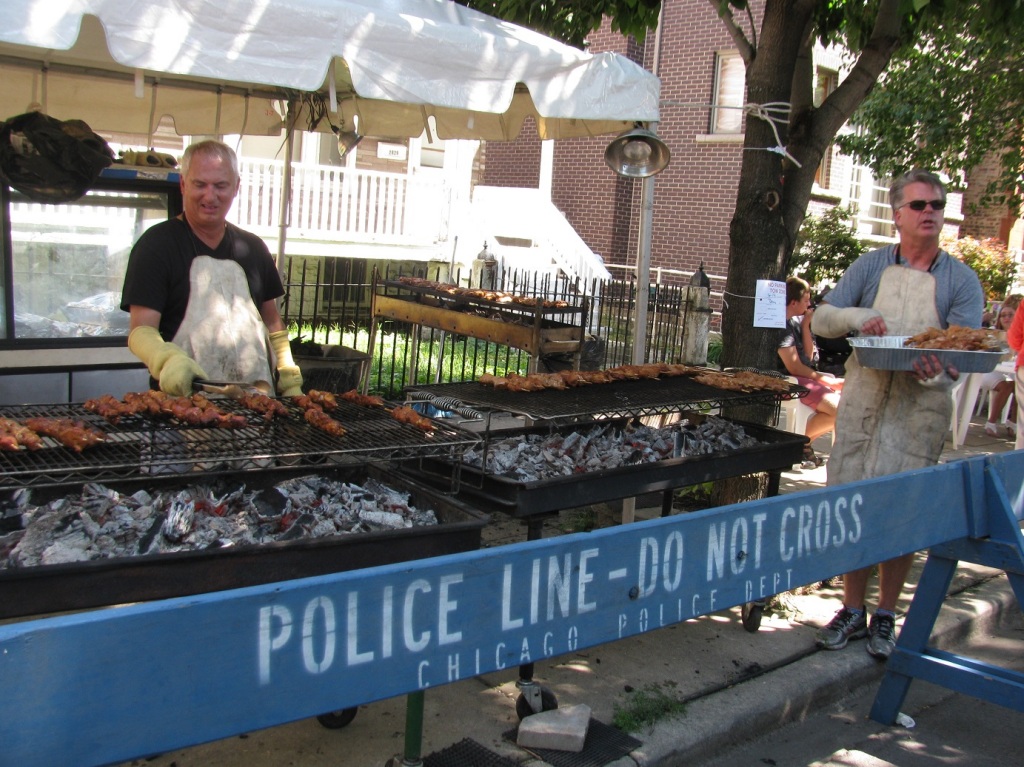 Friendship between Croats and Italians in Bridgeport, and around church of St. Jerome, lasts for decades. They are bound around religion, neighbourhood, and good food. We didn’t have a lamb roast, but had some good skewers with an American twist, and very good fritule (deep fried dough, similar to doughnut). Italians also used the opportunity to sell their famous food, such as pizza or spaghetti with meatballs. I am just not sure about how much hamburgers and hot dogs are Italian indeed 😉

Event No. 2. Armenian street food festival. Again around the church, but the Armenian one this time. This event was much smaller, but food variety, although simple, was quite big, at least for us. Shawurma was excellent, and date and walnut cookies great. Best of all were traditional Armenian tunes, played live. Although Armenia is pretty far from Croatia, its people are very similar to our people – with its appearance, warmth and smiles. At least more similar than Americans.  WIth a great atmosphere and a sunny day, it was a real pleasure to discover another new culture. 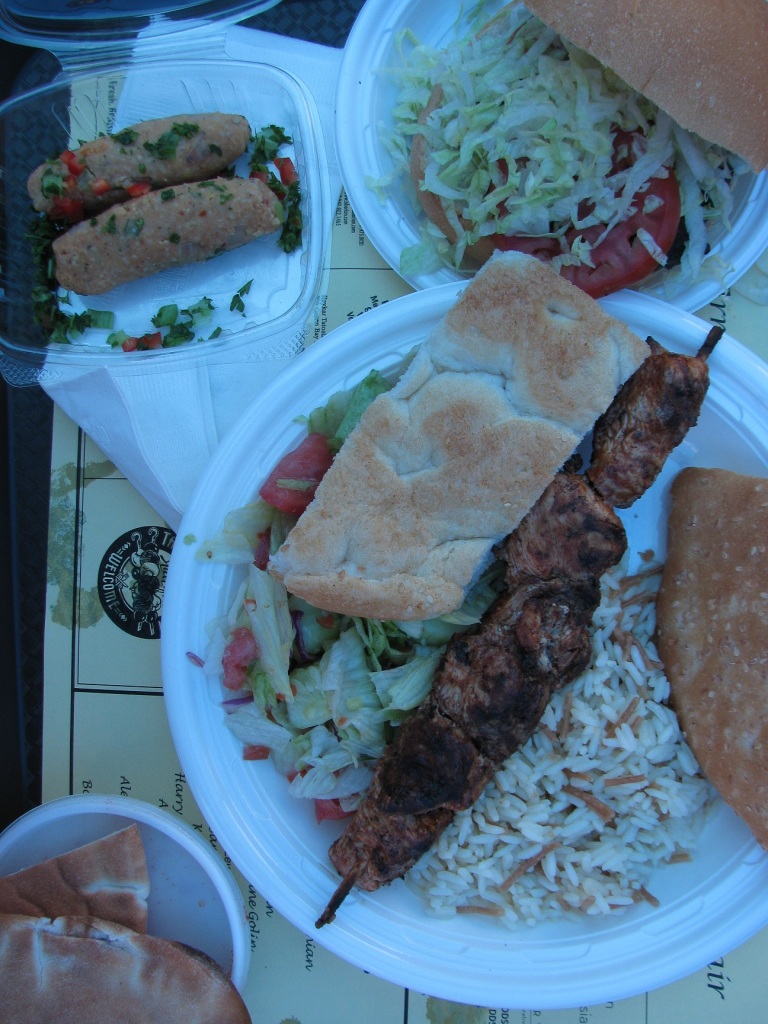 Event No. 3 was absolutely unplanned. And yet another time by the church – St. Mary’s Syro-Malankara Catholic church. With absolutely best food and most beautiful people.

In the vicinity of our apartment there is a church which was a total mystery to us, a place we must visit. And so, we went there one weekend, entered this church, and ended up on the mass in which, altering English and Hindu, they prayed, sang, spoke…Unbelievable! People started approaching us, asking about who we are and what are we doing here. In the end, they invited us to have a traditional lunch with them, which they served on that day. It was absolutely the best Indian food I have had in my life. On the paper, which pretended to be a banana leaf, Indians have, coming one by one, served a dozen of meals of which I only recognized dahl, rice and crunchy fried bananas. 🙂 There was a lot of cardamom, spiciness, and some sourness…all so deep and beautiful, the same as it appeared.

We ate, we laughed, and we connected different worlds on those days. With some strangers. With some good people. Because only little is enough to understand one another when we open our hearts and our minds. 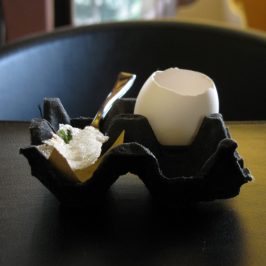 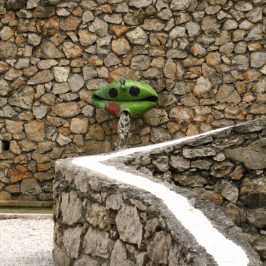 share it with othersemailPinterestFacebookYummlyFinally! I stepped into the REAL kitchen and cooked with a pro!... 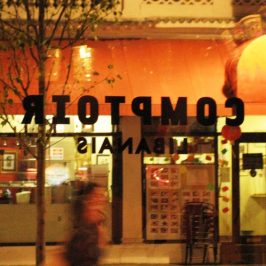 share it with othersemailPinterestFacebookYummlyHappily, there has been some traveling for us, so in a few...

share it with othersemailPinterestFacebookYummlyI love airports. I love central train stations. There is something nostalgic... 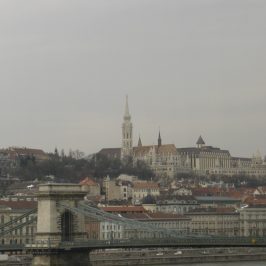