A classic french toast recipe changed from the bottom – Learn how to make fluffy, delicious and protein-rich French Toast with no eggs and dairy!

With popularization of vegan food and development in culinary science and produce, almost any “classic” recipe can be veganized today. Although I am not searching for vegan “replacements” of many omnivore foods, I do miss some dishes on a vegan diet, like French Toast. Actually, I do not any more, because I realised how easy it is to make Vegan French Toast! 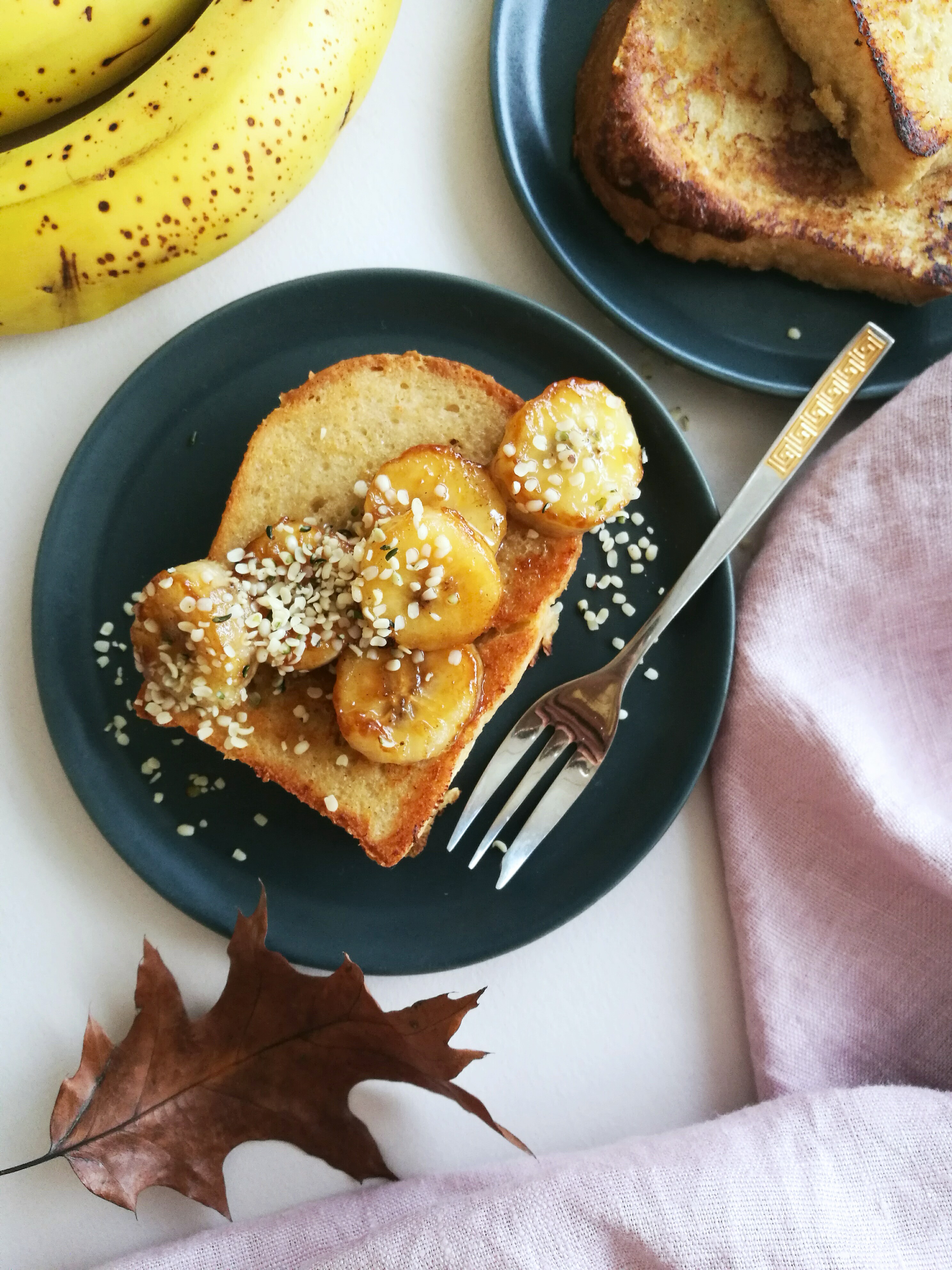 This is an easy recipe for which you will need only 6 simple ingredients you probably always have in your pantry if you are vegan or simply pursuing healthier diet. In the notes, I also provide information for possible replacements and variations of this recipe. However, if you want to really indulge your vegan French Toast, I advise you try this irresistable combination with caramelized bananas.

Let me know when you try it! 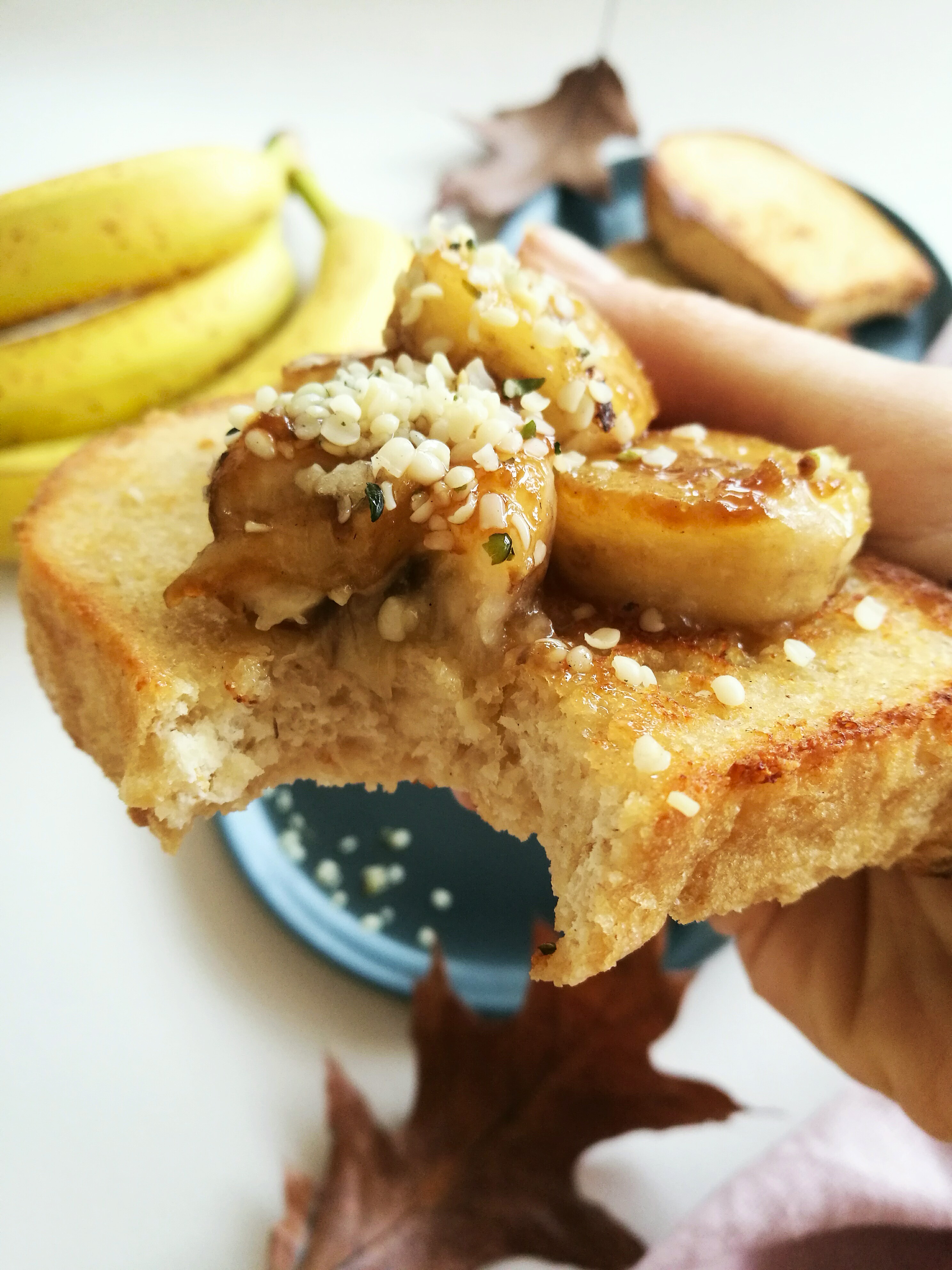 ** If you use sweetened almond milk, you can omit the sweetner later on the ingredient list. Also be careful about it if you want to make a recipe in savory version.

*** Can be substituted with coconut sugar or other sweetner of your choice. Omit if you want to make this recipe in a savory version. 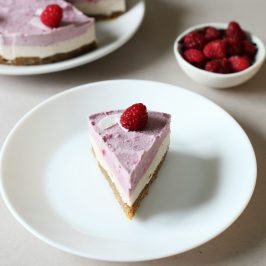 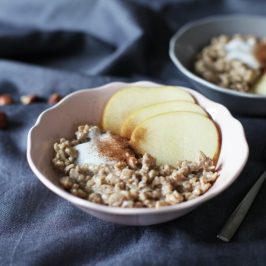 spread love, spread the wordemailFacebookPinterestYummlyTwitterOats – this healthy, gluten-free grain is a great source of...

spread love, spread the wordemailFacebookPinterestYummlyTwitterThis soft and fluffy vegan omelet is made with one magic... 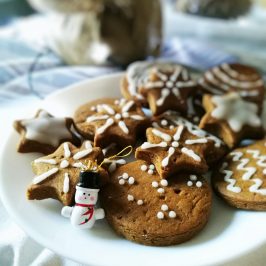 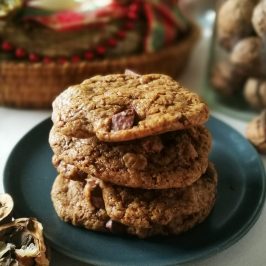 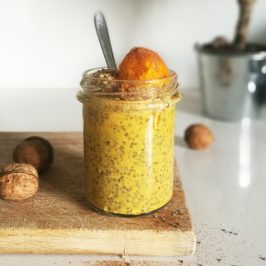 spread love, spread the wordemailFacebookPinterestYummlyTwitter High in fiber and vitamnis, low in sugar, pumkpins are...